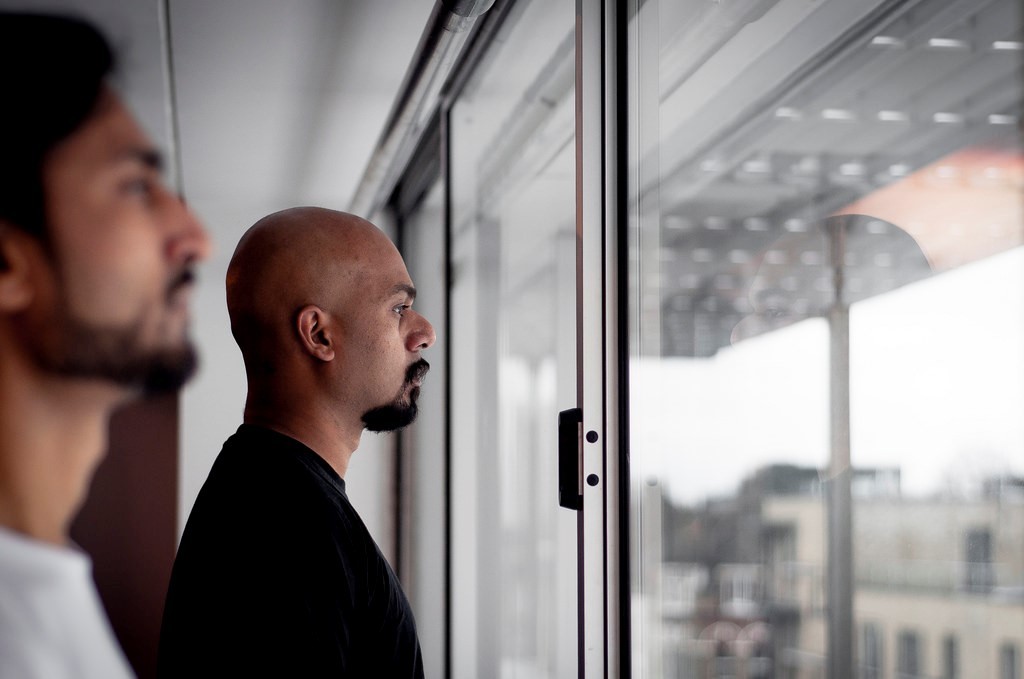 “I always feel that I am starting afresh, as a beginner”

Q. So, how does it feel to be an all rounder, being regarded as a poet, playwright and a performer ? What’s your personal take on this.

I’m hardly an ‘all-rounder’, far from it, but I have been writing and performing from a very young age. I have published three books in the UK over the past five years and written, performed and toured three plays as well. I have also made short films (my film, Animal City has just been accepted as part of the official competition at the 2nd Goa Film Festival). So, to answer your question, I try not thinking in categories. For example, my writing is as influenced by film and it is by literature. I am also aware that this ‘poet, playwright, performer’ thing is quite fashionable nowadays. I like being rigorous in what I do. I go on stage from time to time because I’ve been doing it for a while. If I didn’t have some training, I don’t think I would attempt it.

Q. Every artist has a beginning. What was yours? What circumstances nurtured the creative and the lyrical in you? Tell us about your personal experiences.

I grew up in Bombay and Calcutta, India. My years in Calcutta (from the age of thirteen to eighteen), and its history as the country’s cultural capital, had a significant influence on me. I was lucky to be amongst people who introduced to me the arts and made me fall in love with it all. At the same time, I have lived my entire adult life in the USA and the UK, and these are countries that provide great support to the arts and the life of the mind. In the UK, in particular, I’ve benefited immensely from this generous support over the past ten years, and I hope I’ve contributed in a minor, modest way. I’ve also moved around a fair bit, lived across three continents in a variety of changing and difficult circumstances. More than anything else, this has shaped the work and the stories I want to explore. We live in a global world, and more than ever, I feel we need to explore global stories.

Q.Your work “Kalagora”, has been showered with accolades. What prompted you to take up a unique project like this?

Kalagora comprises of a book of poetry that was written over eight years and a play of the same name, which is set across Bombay, New York, and London. Despite sharing the same name, they are two totally different pieces of work. If I could, I’d alter the name of the poetry book so as to emphasise the difference.

The book is straightforward enough.

The show, on the other hand, was an experiment that incorporated movement practices derived from Lecoq, poetry, theatre and film (the film segments were shot in the three different cities; we didn’t use ‘found footage’ and all that). We also had the music of Pankaj Awasthi, who is based in Bombay. With this show I wanted to explore a ‘coming of age’ tale across three cities, while also pushing theatrical form and language. Funnily enough, the starting point was the filming, then the script emerged, and then my director, Russell Bender (and my associate director, Joy Mills), and I went through a painful process of making the language as physical and detailed as possible.

Q. Kalagora is a Hindi neologism meaning black man / white man. Does this reflect on colonialism and/ or racism? Or is it a take on the differences in ethnicity and cultural shock based on your personal experiences,all over the world.

Good question. More of the latter, I think. Kalagora the play, in particular, did address some of the issues in a post-9/11 world. I guess I was trying to talk about a character that is mixed, hybrid, global, like a lot of us are these days and about issues surrounding power, border crossings, and control. However, I never start with an ‘issue’. I try not to talk about things I haven’t experienced. Instead, I mostly approach these ‘big’ themes from the ‘inside out’- I only feel qualified to explore direct experiences, not just my own, but those of my globalised tribe.

Q.Where do you draw inspirations from, for your work? Is your work theme-based,or are you flexible with variety?

I think each project that I work on has its own internal logic. I also try not to repeat myself. For example, the works for the theatre (Kalagora, London’s Perverted Children, The Shroud) are quite different from each other, in form as well as in content. These differences have also been shaped by the variety of collaborators I’ve been fortunate to have worked with, from directors and performers to musicians and editors. You are only as good as your team, and I’ve been lucky to have worked with some amazing artists who have taught me a lot.

I try not to think too much about inspirations- that way you end up imitating other people. I try and focus on the story and the questions I want to explore. Sometimes, it starts from an image or a sentence or a character. I know that I am a big city creature, and that obsession keeps resurfacing. But yes, variety is really important to me.

Interesting question. I never thought of this before, but yes, I think death is quite important to me, not in a purely morbid sense, but also as something that paradoxically gives life and meaning. I think all cultures across the world have always been obsessed by death (from the Egyptians to Buddha to the great Christian mystics and the Sufis). Our media-dominated culture today is obsessed with the instant, which itself is liberating in certain ways. However, perhaps we’re losing out on depth and rigour and substance and sustainability. I mean it’s quite interesting that we’re all going mad on twitter and FB, but the reality of death is ever-present. I think that’s an interesting tension to explore. The Shroud itself grew out of a very direct experience of mourning and grief. These are experiences that stay forever, and I felt the need to explore this artistically as well.

Q. How have the different places you’ve lived contributed to your creativity? Bengal and Mumbai having been abodes of literature and creativity and then you shifted to the US and now London. How have the experiences been? As a resident of Hackney, does it contribute or feature in your work?

I think I’ve indirectly answered some of these questions earlier. The cities you mention are obvious influences on my work. I’ve lived in Hackney for 9 years- Digital Monsoon and London’s Perverted Children reflect some of my experiences there. It is a fascinating place, and an interesting microcosm of London, which is arguably the most global city on the planet. Obviously, it is an inspiring place. At the same time, I am also interested in the history of migrant writers in London who, while living there, wrote of elsewhere. This seems to have been the case from Rimbaud to Rushdie. I think this is particular to the London experience. I wonder why.

Q. The Shroud reminds me of Katherine Mansfield’s “The Fly”,the protagonist having a major emotional setback,losing his only son to the war. Can The Shroud be related to this in terms of death, the emotional hollowness of being, turning one to an absolute stoic? And what of our physical being which remembers things which our minds reject as painful?

Katherine Mansfield is a great writer, though I’m not familiar with ‘The Fly’. However, I’m definitely interested in the physical aspects of grief and mourning, and this is something that we’ve explored in The Shroud.

Q. How different is it to write and act your own plays.How do you juggle between the actor-writer mode?

I am first a writer, I think. I have a fairly strict routine by which I make sure that I write a specific number of words every day. I also enjoy acting, and have trained from a young age. However, since I am an Indian living in the UK, I realised early on that the best way for me to perform was to stage my own work. As an actor, I have continued learning by participating in a variety of workshops with the likes of Tim Supple, for example, and I’ve been fortunate to have performed quite extensively. At the end of the day, I like keeping things simple. I don’t like over thinking things.

Q. Criticism and appreciation are a part of an artists’ life. Having catered now to a global audience,what is your take on “audiences”. How acceptable or unacceptable are your audiences to your work?

I think most audiences have been fairly kind. Certainly, a London audience is very receptive, but I’ve found keen audiences in places like New York and Berlin and Helsinki too. I try not to think about audiences too much. I do the work- sometimes it resonates, sometimes it doesn’t. You learn, and move on. Of course, criticism from the right people is always a blessing.

Q. Being an academician, what knowledge would you confer to our readers, to enable them in keeping equally inspired and interested in the rigour of creativity.

I am a part-time academician. I love teaching, and I find I learn a lot from my students. They have far more to teach me than I to them. In terms of advice or knowledge, I always feel that I am starting afresh, as a beginner. I try not to approach things with preconceptions or prejudice of any kind. I don’t consider myself an expert in anything. In Zen, they talk about having a beginner’s mind. I think moments of creation happen when we’re in that state.