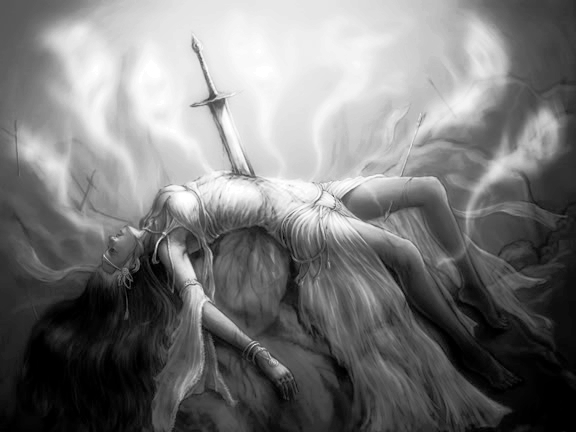 T he waters of the Ganges were glistening and sparkling– like a million pearls strewn across a glass surface. The locals believe it, to have actually descended down from heaven. The story of the mighty Ganges flowing down and getting entangled in the dread locks of the Hindu deity Shiva; who stifled its flow and allowed only a small stream to flow through his locks, is a household tale. On the banks of the Ganges was situated a beautiful temple, dedicated to the Great Goddess Kali. One could see its reflection in the Ganges- As mighty and intimidating as the Ganges itself. Chants and mantras could be heard emanating from the temple throughout the day. It was Gangadhar, the priest of the temple- chanting the name of the Goddess. His life purpose was to attain liberation from the cycle of births and deaths. He had been practicing severe austerities and penance for years to attain equanimity and inner peace. He had long given up the trivialities of worldly existence that enthrall and excite but fail to provide anything more than temporary relief. But despite all his efforts, one barrier remained. He succeeded in renouncing all his attachments save one; his love and devotion towards the Supreme Goddess. The Goddess, for Gangadhar, was not just his Lord but also his mother. And the very idea of renouncing his mother would bring him to tears.

“I cannot do this” he would moan and plead. “I cannot shun away the hand that nurtured and cared for me all these years”, he would cry out in despair.

But he also knew that, he alone attains Moksha who renounces all. Realizing his incompetency to renounce the Goddess on his own accord he sought the help and guidance of another. He wanted to be initiated and guided by a Guru– An evolved soul who had managed to disentangle himself from his worldly fetters. He searched high and low but to no avail. Then one day tired and hungry he fell to the ground; the sun searing through his skin and the hard ground stinging his body. He gradually drifted off into unconsciousness and after what seemed like an eternity he finally awoke. As his eyes slowly fluttered open he saw a figure standing over him; a tall figure with a long flowing beard and tattered worn out clothes. As his eyes slowly adjusted to the surroundings, he saw that he was lying down under the sweet shade of a Banyan tree and that it was almost sundown. The sun could be seen in the distance; disappearing over the mountain ranges. The old man standing over him rapped him over the head with a crooked stick.

“Get up! Get up! I don’t have all day! I have to get going soon!” said the old man. His voice was unusually robust for his age.

Gangadhar, who was still groggy and dazed out from his sleep, could barely get himself to nod. All this seemed like a dream to him. “Who is this old man?” he thought. “And what does he want from me?”

“I have a solution to your problem”, declared the old man, with the flair and flamboyance of a showman.

“How do you know….my problem…?” stuttered a flummoxed Gangadhar.

“Shut up!” roared the old man. “Do you or do you not want a solution?” The commanding voice of the wandering sage stirred something in him. His eyes had a piercing quality that tore through the weak and frightened Gangadhar.

“Yes, O wise one! I do want a solution” said Gangadhar tentatively.

“The solution is simple. You will have to kill your Mother Goddess. Unless she is dead you will never attain liberation”

Gangadhar was flabbergasted. “Slay the Goddess!?!” he thought. “Slay my beloved mother!”

“You wanted a solution, I gave you one”, said the sage dispassionately.

After several more protests, Gangadhar finally calmed down. His sobbing gradually subsided and he looked up at the sage and resolutely said, “O wise one, I shall do it. Thy will be done!”

The sage smiled at Gangadhar, “Very well, take a sword and slay the Goddess this very instant.  Do not delay it any further.”

“Very well”, replied Gangadhar. But then he realised something, “I do not have a sword, O venerated sage, he said.  Could you please lend me yours?”

The sage started laughing hysterically, “You fool! You’ll get the sword from the same place that you got your God. You don’t need a real sword to slay an imaginary God!” 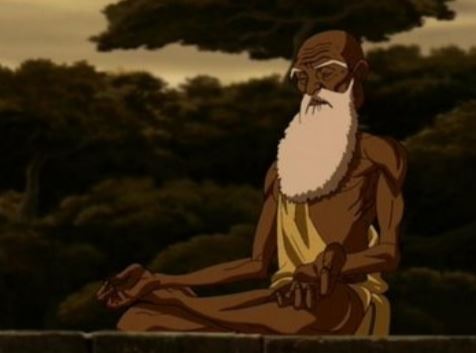