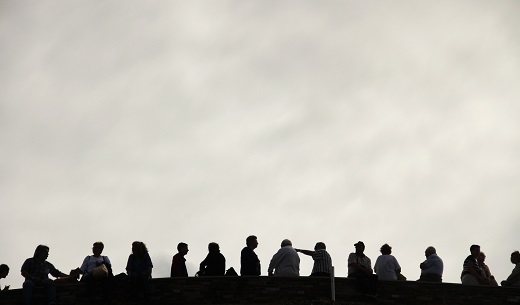 Lets start by asking a simple question,which is the biggest religion in the world? By sheer numbers, one can say that Christianity is the biggest, followed by Islam.

What exactly is the role of religion in a person’s life? In most religions, the first thing that we called godly was the Sun.In Hinduism, we called it as ‘Surya Dev’,even in Christianity, Christ never said he was God, he said, he was the son of God, even at his crucification, his last words, when he looked at the sun were, ‘Forgive them, dear father, for they know not that they have sinned’.

We have always been god fearing people, instead of being god loving people. In Hinduism, we started by fearing the Sun, Water, Earth, Fire and other elements so we made them as our gods like Surya Dev, Varun Vev, Prithvi Mata, Agni Dev. After we built houses, learnt agriculture, cattle breeding, we wanted our gods to better than us and bigger than life, so we made gods like Lord Rama, Krisna with many hands or mystical abilities, but more importantly we made these gods to give us a way to live our life. In Christianity, there is  a Son of God who could walk on water or in Hinduism, a God of the whole world, Jaggannath Krishna.

The role of any religion is to guide us on the right path. Its easy to say that one religion is the reason of all terrorist and bad activities in the world, but its just a case of a few rotten apples that give even the good apples a bad name. We talk about the charlie Hebdo case, the Islamic state creating new issues everyday, but lets not forget, there are a few demented people in every religion.

Lets not forget that we all are humans on this planet regardless of our religions and castes. We can all be the light in someone else’s life. I have seen people not willing to help each other because of different religions or castes. We humans made these religions, these religions did not make us though they made us human. What I have learnt is that the search for God is nothing but a search for the good virtues in ourselves and in others. The biggest religion in the world, according to me, should be humanity with over 7 billion followers and increasing every moment.

Every grain shines with my sheen, delve deep to find that very light
Want to be the Sun to shun the darks, religion of humanity is that bright