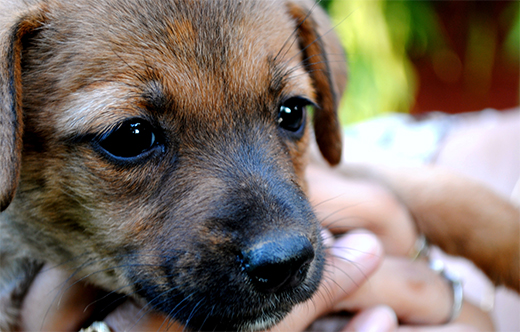 This is not the first time this is happening. They tried to throw him out of the house many a times before and every member of the house had some specific strange reasons for their wish to do so. He does not fit in the ‘A grade category’ which excludes all the stray dogs who are too ugly and cheap to be looked at. He does not know how to behave, when to speak, when not to speak, how to pee, where to pee, how to move, how not to move. So, he had no right and means to be a part of this house, otherwise inhabited by strange creatures, humans. I always used to think that life is pretentious. For him, it was, at least and I was learning from his experience, every moment, every day. I know what does it mean to leave one’s house. I left my home months back for further studies but I did it on my own terms, with my own free will and still used to crave for homecoming. Today, he is being thrown out of the house, same house which is as much his own as it was mine and I know what does he feel. It reflects. Those eyes.

The day rests in my memory lane, when papa brought that little adorable thing to the house. His small, mysterious brown eyes that were still not open completely, black and white patches all over his fluffy body and a child-like innocent look on his face. He could hardly move his clumsy body, mummy was willing to hold him in her lap, the way she used to hold me as a child, cuddling him and then after a few to and fro motions, he used to sleep like a prince. He used to sleep like that till he grew enough to take care of himself and he looked no less beautiful in his slumber. Such innocence that face had. World is in a rush and sometimes I wonder if the clocks have started running faster. Years pass one after the other and we don’t even realize, busy in our self-created races. I hardly realized when he grew older, older enough to play with us, to deceive us and to set his own territory in the house. How that cute little thing changed into a furious male with ferocious looks, pointed canines, sharp enough to scare anyone, I didn’t realize. His voice used to echo in the whole house and he could force anyone to be his attendant anytime by his loud, sharp baritone. Every time when I used to put my hand forth, he used to put his on mine as if it was an affirmation of our immense comrade-ship and love for each other or maybe because he knew I can treat him with his delicacies, eggs and tomatoes for his meals. Whatever it was, that touch had warmth, love, feelings which humans are running short of in this word-ly world. I have seen him grown older and I myself grew with him in a way that we understand each other better with every passing year. We learned many things together. I even un-learned many, one of them is language as a barrier to express, to communicate, to exchange feelings, emotions. Exchange of feelings is always a two way road, it is natural, effort-less. All one needs to have is a will, a will to listen, to pause, to understand and to feel as we both did.

I always envied birds, always, because they have this whole crimson sky to fly. They are free and freedom always mesmerizes me. I have seen Charlie giving strange looks to birds barking at them, trying to shoo them away. Maybe, he too thinks the same about birds and freedom. Charlie, is an anti-thesis to this humanly world, too naive to fit in, to simple to be understood. I have seen his moments of loneliness when he used to wail like some neglected old widow of the house for someone to listen to her broken melodies, to fend her and sometimes just to look at her and today I could feel the same moaning in him. I could feel him but today, he is being thrown out of the house. He should be. How can he bite his owner.

“Charlie! You, unfaithful, disobedient, ugly dog. I learned a lot from you but you didn’t. Only humans have right to bite and deceive other humans. Dogs have no right to do so. You are only meant to be tamed, only meant to be sold and bought in thousand bucks. Only meant to follow and to be forgotten eventually. Charlie, you thought this to be your own house but we, humans are strange creatures and you, Charlie, an adorable, lovely, friend, too simple to be understood.”