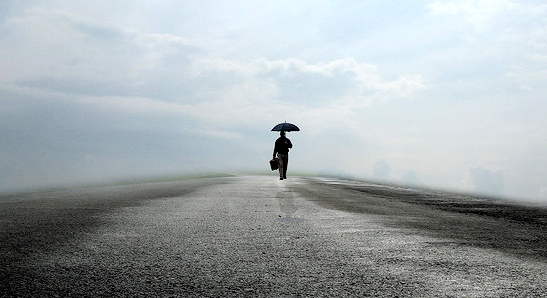 Prabha behenji was feeling much unoccupied till the moment she heard me ring the bell, she said. Then, she told me, she had reached the door in a flash lest somebody at the door go away. She had been that lonely. Her bob-cut hair looked redeeming after the surgery she had had. But I also thought she needed things of such kind. Had I known she looked so, doll-like and curious, just like a child, I would have brought my children along, I thought later.

As I walked inside, I sensed how excited she had been, from the way the cylinder had been moved from the corner of the door on the inside to right in the middle of the corridor. How else would I have entered, she said, taking care she didn’t offend me by saying I was fat. I was amused with the perfect orderliness that the corridor displayed. However, the rugs and the carpet of the living room had always suggested the solitude of old age. It was foolish anyway, to be expecting bread crumbs fallen on the floor and chutney spilled on the glass of the centre-table, now. It was too melancholic. Prabha behenji walked slowly through the corridor. She had been delaying moments and stretching experiences for years now.

We walked right into the bedroom, the only used bedroom of the couple ever since they had shifted, and there I saw Doctor sahab, welcoming me with a single nod of the head and with an assuring lighting up of his mysteriously blue pupils. To someone else, his next gesture would mean showing them where to sit. Only I at the moment would have known he was clearing up the space for me. He wanted me to sit on the bed, cross-legged. Call it my initial shyness or customary moment of awkwardness, but I was expecting behenji to have started clearing up the cereal boxes and snacks she had spilled when she rushed to open the door for me. The next second, I was back to normal, and picked up the boxes myself and kept them on the rack next to the bed.

Normalcy is a ridiculous idea when you visit Doctor sahab and Prabha behenji. I was a little embarrassed now, when I realized Prabha behenji had rushed inside, to the kitchen maybe. On other days, she would merely pick up the phone and call Bala, her maid. Behenji’s urgency and excitement was concerning me today. However, when Doctor sahab told me he would get up, I breathed whatever sigh of relief I could. I promptly went up to his side and helped him up the bolster. Now he was reclining. He loved to talk to people that way. He had said to me once that the bolster felt like a compassionate partner. He said it was unlike standing, when he couldn’t bend and also unlike lying, which disinterestedly seemed to be telling him he could either lie down or stand erect. The bolster was like a compassionate concubine that allowed him to get up without having to stand. I even later compared his back, in what was a lame piece of writing, to a wife. No wonder the man was very happy when he could use the bolster.

In a couple of minutes, Behenji appeared at the door, talking still to someone in the other room. She was instructing Bala on what biscuits to get. She entered finally, and told me, like I were the newspaper wallah waiting for a payment, that tea was on its way. Like it was the only reason of me coming. I was thrilled with how well she knew I wanted a cup of tea and a few samosas and nothing else. Actually, she didn’t know it, to be honest. Meanwhile, Doctor sahab had kept me absolutely busy and free from procrastinating a departure. He would pick up a newspaper, quickly find something of my taste and his, and pass it over to me. He was lucky to have saved a couple of Brunches on his side table. He seemed very bright that evening. He threw questions on films and philosophy all around me with an agility that was overpowering. Suddenly, I began feeling valued and loved. Behenji would chip in every now and then with quips and trivia whenever we discussed Bollywood of the 60s and 70s. It was fascinating and proud to realize every time that I already knew what the two told me regarding films and gossip of the time. Behenji would gape at me with eyes equally astounded, every time I told them that the sister of a famous music-composer duo of a decade later, had pursued a famously unmarried, jilted heartthrob of the film industry. Then I would slyly smile, letting my slyness be known at the same time, taking my face away gently. All this time, I guarded against the impulse of asking even the well-being of Umang, their son, a father himself now. This was not because I didn’t want to prick the hot-water bottle of their melancholy and sorrow, but because I didn’t want to spill the water over myself in this weather, no matter how warm the water would be.

Thankfully, tea followed, and ushered in a whole new matter for a hundred more discussions. Tea was the best antioxidant there ever was; rusks made for excellent backpacker breakfast; atta cookies could boost mood, and a lot more source-less bits of information. The bakery, they said, had the best cookies in the whole city, but they wouldn’t order the special bread it manufactured. At this, I chipped in, saying they were right in not ordering the bread because it meant upholding our caste and they assuringly nodded, saying they had spent their life maintaining their customs. They didn’t know sarcasm, even if I became overtly taunting in reminding them later that they were getting their meals cooked by a dhoban. And if they chose to overlook it, I acknowledge that they were charitable.

There were new things to be discovered at Dr sahab’s place today. The small garden had got a swing now, but one look at it and the looker would be forced to turn away its entreaties for warmth, as if shooing a socks-seller away. There was heaviness in my heart, and I felt sorry for nothing, as I decided to get the kids next month, now that the swing too was here. I saw Dr. sahab and Behenji were watching TV these days and the atmosphere of the locality around the house was abuzz with noise and activity. Every time, I felt a reason for optimism and cheer now, there was an equal and opposite sense of glumness. Everytime I felt providence had sought me to attend to this helpless couple, a bell of a concluding finality, sounded. Behenji began introducing the unplanned addition to the house by telling me how lonely she had got these past few days. I thought it all futile, knowing well that she was too ill to risk a rare, pretty face of old age with a fresh haircut, by attempting to sit on the overwhelming giant of a swing it was. She continued, running over all my ruminations and told me how she had lately developed a habit of waking up at five in the morning. She would get up and pass time by doing things leading to nothing, waiting actually for the neighbours’ milkman to arrive at daybreak. Then she would stroll slowly with a throbbing morning pulse on the road lining the houses, ensuring that she caught the sleepy, but friendly eye of the woman who came to get the milk at the gate. Once she had done this, Behenji would engage this woman, half-her-age, into a morning discussion, telling her that she was not at all well, in order for her to enquire about the nature of the illness. They would go on until the newspaper-wallah came. Then one day, she saw a taxi halt near the gate of the block, and just when she poked her curious head out of the slightly open front gate after the newspaper-wallah had gone, she saw a woman, huge of physical stature, and a little boy of about seven, come out of the vehicle. I didn’t believe her when she said this woman had ‘golden’ hair. All along, I had been acting indifferent to the busy activity outside the other gate and to the halting of a car, a minute ago.

Just then or a few moments after, the bell rung. Behenji left it to me to acquaint myself with the poor swing and rushed once again to the door. I wasted no time and went strolling around the house, not a little bored already with the indecorous swing. Behenji waved out to me and told me that the groundnuts were waiting.