How does it feel when shades of an old joint get erased by the solid paint of lawful encroachment? Here goes the story of reminiscence and nostalgia…

Do encroachment always pertains to the meaning that somebody has captured a place in unlawful manner? Its more than a decade and a half when my favorite English teacher of all times explained ‘The Encroachment’. Was that an encroachment by a bird in the poet’s Mailbox or the so called lawful encroachment by humans over the dwellings of creatures? Are we abiding by the laws of Mother nature and living in sync with all life forms?

Too many questions! We have answers to all these and we can still pose questions in the answers. Since times immemorial, Mother Nature is shattering all the encroachments within her territories and maintaining equilibrium over the eons in the form of an eternal cycle. But what kind of lawful territories pose as unwelcome encroachment will be quite interesting to understand. 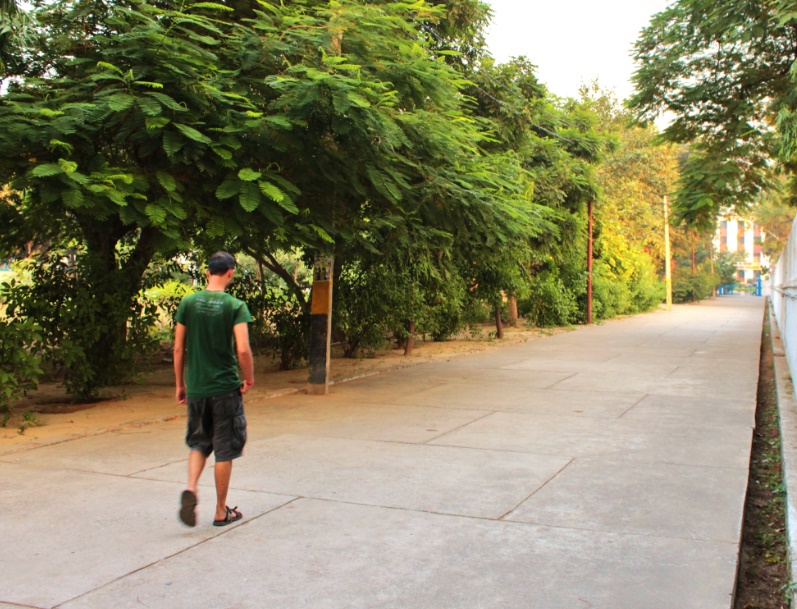 This is the cemented path between the Gandhi Stadium and a park which leads us to ‘Amma ki Dukaan’. A good symbiosis of Nature and human race can be seen here.

There was a story of a Devil who use to own a garden and he never allowed the tiny-tots to play in the garden. Dejected children use to look at the aplomb of heavenly garden from far flung corner of the road. Yes, that was lawful encroachment against humanity.

This train of thoughts reminds me of a place which is not lesser than a heavenly garden for me and my dearest friends from school days. ‘Amma ki Dukaan’. Thousands of years ago, Lord Ram served an exile of 14 years by visiting and living at different places almost all throughout the Indian subcontinent, on the contrary, ‘Amma ki Dukaan'(Shop of an elderly lady) served as a special hangout full with solitude and mysterious elements of nature for the last 14 years for us. And now the place has been encroached upon in a lawful manner. In the Uttar Pradesh state of India, there is a township, Modinagar, in district Ghaziabad. One can find ‘Amma ki Dukaan’ there.

Here is the new look, we can find the symmetry in down shutters, but where is life. The shutter in the leftmost corner was the shutter of ‘Amma ki Dukaan’.

She was a great elderly lady always draped in a monochrome cotton saree. Wrinkles on her forehead used to tell the tale of her toil. But a sudden puckered smile could hide the element from newcomers. That was her foil to drape what she didn’t want to be unfurled in public. She was of our grandmother’s age. We used to call her ‘Amma'(Granny). One day, we got to know that those foils and toils were coiled and draped into Nature’s elements. ‘Amma’ was running the tea-stall along with her son. There were so many trees till last month. At that time of the dead of our teenage, we felt the dense and cool shadow of an elderly and loving tree replaced by a scorching Sun. Boulevard is still green but the enclosure ain’t green anymore. There are coffins of lot of those trees under the shadow of which we mourned the demise of ‘Amma’.

We used to feel happily marooned in the enclosure which constituted of a hospital, a telephone booth, a medicine store, a student hostel and ‘Amma ki Dukaan’. Sooner or later, we started calling the place collectively as ‘Amma ki Dukaan’. People used to enjoy tea, relish omelettes, Maggi, boiled eggs and snacks within a round arrangement of chairs placed by ‘Amma’ upon a lush green and neatly cut grass carpet under an umbrella of trees. It was bliss indeed.

Capturing Nature’s shades has been infused since childhood. Sometimes camera is in hands and sometimes inside the head. 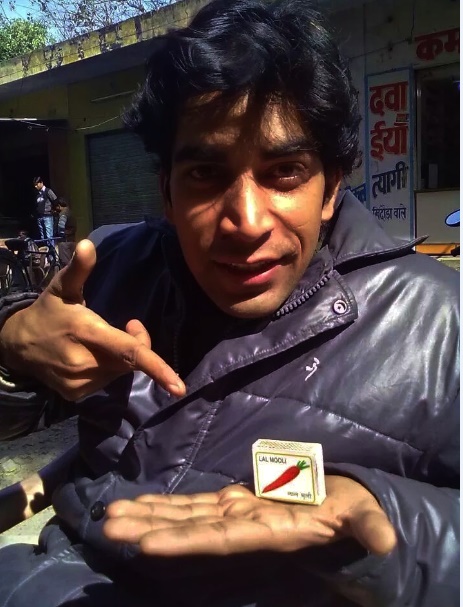 After a thrilling night, most of the times, we used to bask in the morning glory of the solitude in the Nature’s lap at ‘Amma ki Dukaan’. Funny punning used to creep in that cozy and rosy placeout of the blue. 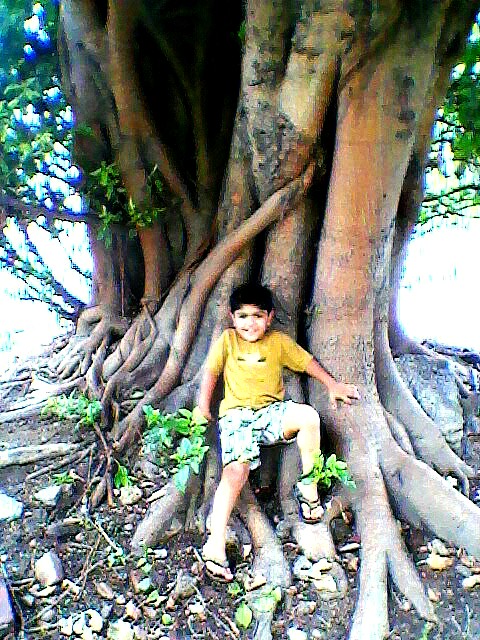 Nephew felt so good, relaxed and free in the Nature’s lap when I took him to ‘Amma ki Dukaan’.

Whistle of a train overriding the rustling of leaves at times, airborne seedlings, simians quietly making way through the green cover, gentle breeze, cooing of birds, aroma from special tea prepared by ‘Amma’ etc. All those were the integral factors imparting mystery to the place. We used to slip in to get solace and solitude in laps of Mother Nature and ‘Amma’ far away from all the worldly matters and chatters. One was encroached upon by mortality, and 14 years after that, the other one was lawfully encroached upon by our fellow humans. 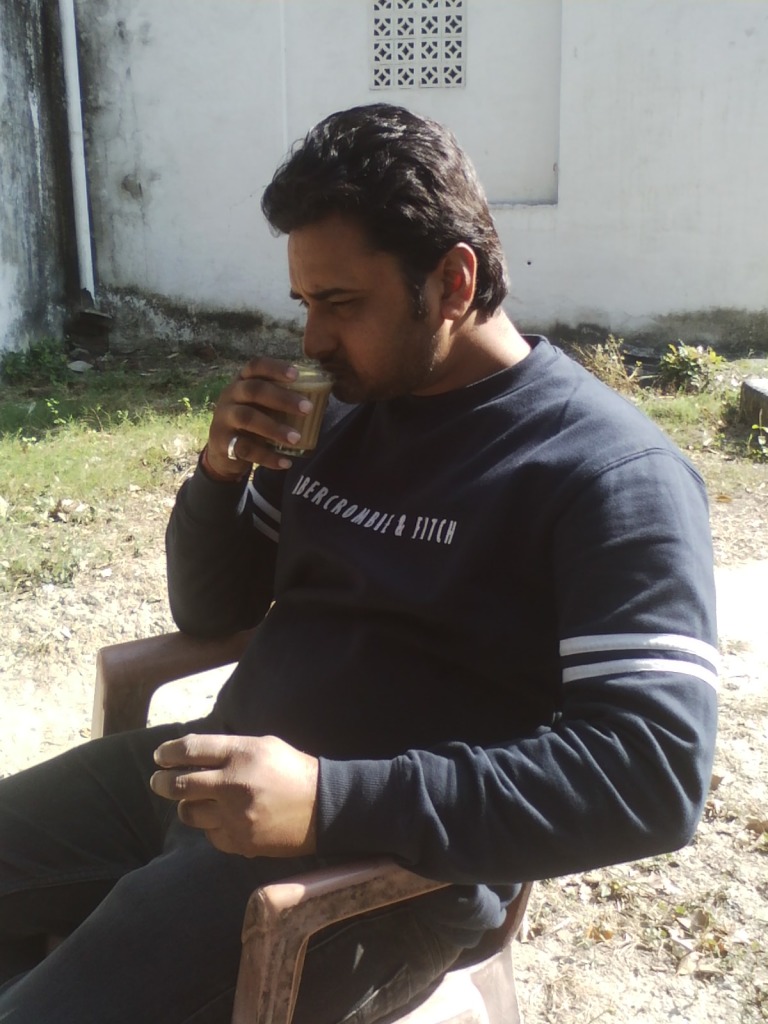 In those sunny mornings of yesteryears, sipping tea was a bliss indeed.

Even after demise of ‘Amma’, we used to hang out at our favorite destination hidden within a green cover. Many ‘Holi'(festival of colors) and ‘Diwali'(festival of light) were celebrated by us at that place. The enclosure is a witness to innumerable fruitful discussions, rifts, arguments and unions. It was like a common room for all of us which had Sky as the ceiling and Earth as the floor and ‘Amma’ as the custodian. After her, son filled in the lovely shoes. We used to help him whenever in need and never felt as if we are helping somebody, it was like a duty. 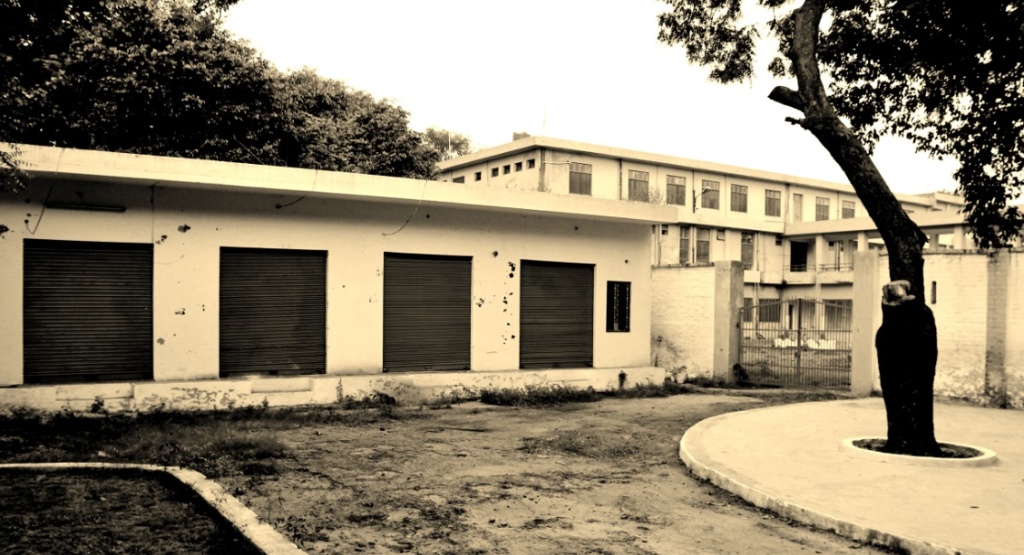 An erstwhile engineering college hostel (in background) is now incorporated into a newly found ‘Anand Hostel’. With the hospital being transformed into a hostel, the medicine store had to find some other roofs. 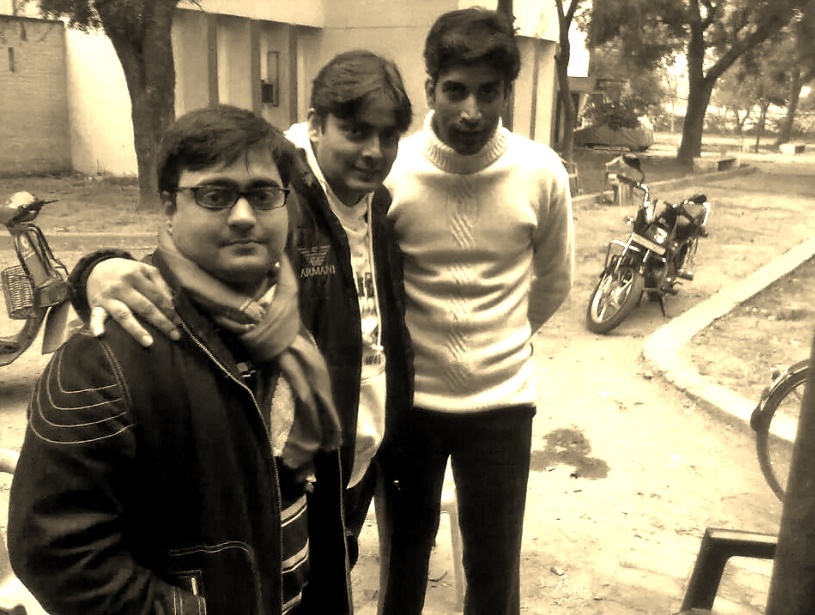 Good old days with my best pals of all time.

Now my friends and I are no students any more and all of us are busy with our jobs at different places in different cities. Some of us including me, who can commute from the town are entitled to witness our hangout once in a while. Many times, agitated as well as blissful mind vroomed me to ‘Amma ki Dukaan’ so that I could pen down the thoughts. Recently, one of my friend visited from Mumbai who introduced ‘Amma ki Dukaan’ to almost all of us. A month ago, we rode our way to the place on my thumping ‘Royal Enfield’. It was more than a month and nobody of us had been there and it was like a skip of a beat or two. The enclosure was transformed into a caged premises owned by the authorities and a security guard was taking care of the entrance. We requested him to allow us click some pictures as a painful reminiscence which is now sealed by an urban authoritative gum after 14 years.

Our common room with Sky as ceiling and Earth as floor is encroached upon by an Urban Devil. Now there is no hope of reviving the enclosure as per our whims and remembrances until Mother Nature’s balancing acts come together through an eternal cycle. A nest for seasonal birds is not there anymore. 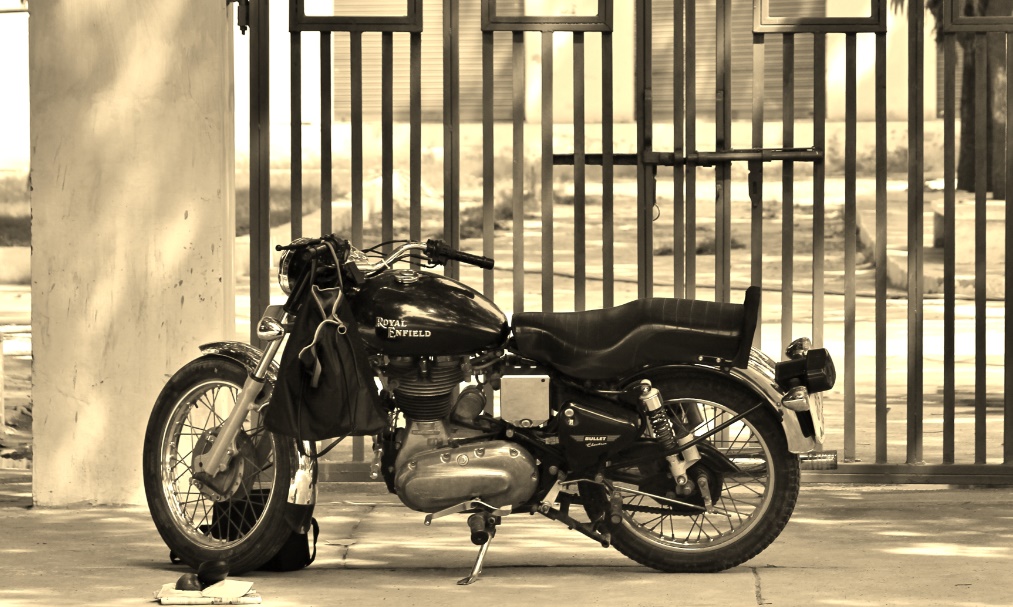 Gate, shutters, locks and gatekeepers serving as the security for a hostel. Ain’t it marring the freedom and beauty of ‘Amma ki Dukaan’? 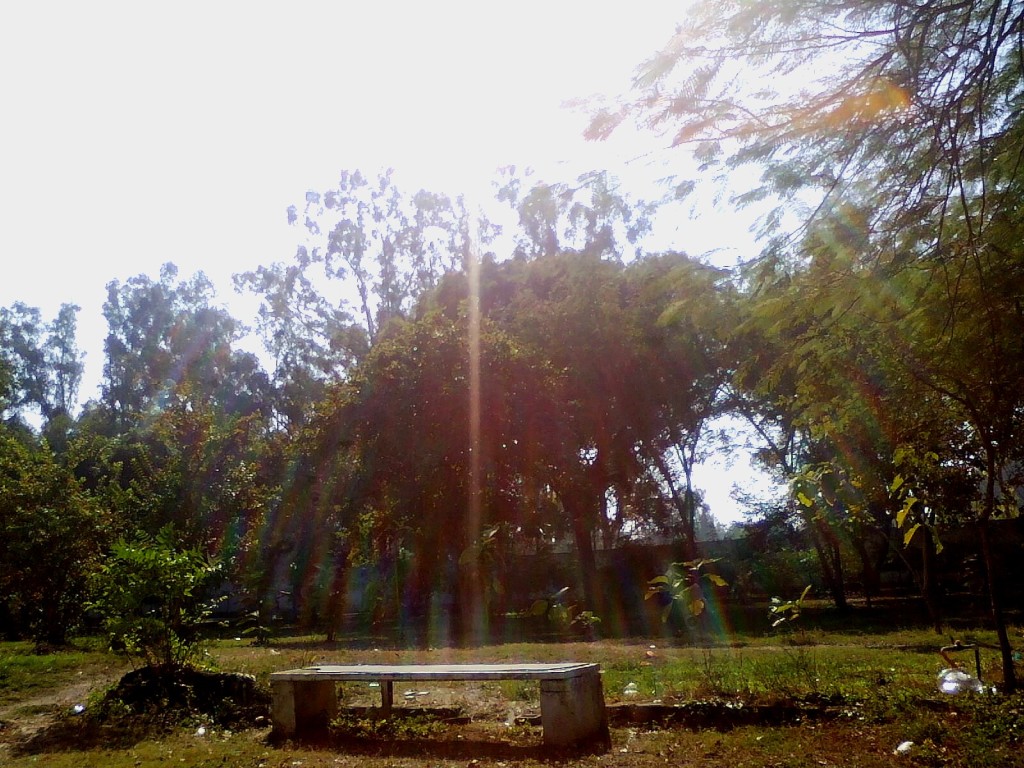 The aura, blessings and this bench is no more accessible. Now its inside the barbed wires beside the hostel.