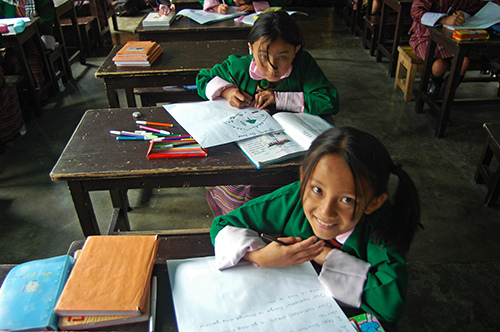 Vehement protests against the starring of the movie “Mary kom” space out from well read newspapers right up to social networking sites such as Facebook and Twitter. In a heated argument about the discrimination and bias against the North Eastern states, a small group is formed in united acceptance of the issue who thereafter reframe the same point till each one has established his incorporation in the group of ‘intellectually stimulated conversationalists’

Some reiterate the argument that Priyanka Chopra is going to make a fortune out of this movie which won’t even remotely equate to all of Mary kom’s life savings. While a voice emerges in contradiction, “Who are we blaming? We constitute the same audience that throng star studded movies and remain unaware of these very sport stars and then enter the podium of criticism.” The conscience collective of the society seems to be progressively picking upstream notions of logic and sensibilities as is portrayed in the social media discussions and youth debates. Heavy criticisms and counter arguments portray the involvement of a larger audience in analyzing social issues. Is this involvement however limited to a select audience?

On one hand, influential women across the world such as Malala Yousafzai struggle with prioritizing education and making it a fundamental right for girls and get shot in the head by defiant larger than state operations. On the very other hand jokes like “When a boy flunks he is made to work harder but when a girl flunks she is married” go viral and everybody chuckles away perfectly forgetting the reality of the situation. It is an undeniable truth that education remained as an avenue for the elites for centuries and the societal construct shaped it according to gender, race, caste et al. With the progressive outlook of reformers like Raja Ram Mohan Roy, certain barriers have been cut across but the battle is long one. What has been ingrained in the society needs a revamp in every social way possible. Resorting to arguments based on perpetuation of tradition oft times falls flat in the face because the construction of tradition is itself a time and age bound adaptation of the humans to their surrounding atmosphere.

When Prime Minister Narendra Modi addressed school children on the teacher’s day; the change in routinized celebration of Dr. Radhakrishnan’s birthday too invoked a series of arguments, scrutinizing the act. From revolts demanding rights to criticizing everything under the sun, we have indeed come a long way. However, laudable is the fact that education isn’t viewed as an entity in isolation as the PM intends to accomplish “Swach Vidhyalay Swach Bharat” by 2015. The contributing factors that have so far prevented the spread of education as an institution need to be battled and the change begins now, that we all are aware of the bone of contention. Like Modi said, “To educate a girl is to educate two families.” With reforms and schemes for the education of the girl child in place, hygiene becomes the next issue at hand. Hopefully the tension revolving around midday meal schemes would be dealt with soon. Revolutionizing education doesn’t stop at having four walls, a piece of chalk and a teacher but goes beyond that, to a holistic implementation.

It’s a plane, it’s a bird, its superman.. Oh wait! Its religion.

Dinanath Batra popularly known to be associated with “Shiksha bachao andolan samiti” has brought in more controversies than development. Censorship plays a majorly important role in the society, especially when it is a tool that is misused. Batra earnestly believes in a history which is even refuted by the historians. His stubborn views on invention of airplanes, scientific ascetic healers and conceptualization of religion have stirred debate. While enlightening young minds across the villages and cities is a step in the direction of development, it definitely doesn’t have place for nepotism and personal prejudices or politicization. May the key leaders bring in development in all spheres and not be selective.

It also becomes an imperative on the part of those who have had the opportunity to receive education, to pay justice to it.

Let us indulge in debates that are productive rather than baseless arguments to satisfy our ego.
Let us be the carriers of change not be mere critiques.
Let us not throw around pamphlets for campaigning and believe that the bed of sheets that students walk on will prove our mettle and make us win the elections.
Let us be the helping hands and not just lips of service.
Let us educate ourselves and others with nothing else but humility.