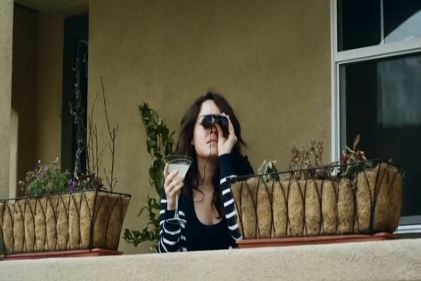 While standing in the balcony of my home with my father, I was doing a merry little dance in tune to the Bollywood flick playing on the screen of my television inside. I was helping my father in relocating a particularly dusty but well working cooler with two heavy tables to a store room.

But my father immediately rebuked me. “Stop dancing. Can’t you see they have their ears glued to us? We are providing them with entertainment.”

And there disappeared a harmless happy afternoon. The silly small arguments I was having with him suddenly acquired a much more sinister tone. While the invisible ears of the concrete houses probably gloated in their obscurity and moved back a bit, maybe some even felt embarrassed. The seemingly bare balconies bare of humans and peopled with green plants transformed for me into a live audience staring at our home which was a 24×7 running theater and was providing doorstep entertainment to everyone around. You don’t have to pay the electricity bill or contact the glamorized satellite TV companies.

How much of my life had been really determined by what my neighbors think? Had I always been acting on the stage of my home? Maybe when we placed potted plant in the balcony was an act which garnered approval from other ‘theater-houses’ like ours. All of us play many roles through our life but not only do we play them, we act them out. Maybe I ‘act out’  the role of a dutiful daughter fully aware that saying a namaste instead of a hello to a relative would gain me some kind of applause from the targeted spectators.

Maybe my next door neighbor , an old grandmother simply lies in wait munching on spicy snacks while she figured out the plot lines for the drama that unfolded in my home. She probably marked one of us as the villain in the family and decided that like the golden Bollywrood flick ‘Purab aur Paschim’ plot would suit our house more than a ‘Dilwale Dulhania le Jaenge’ story. This  casually uttered statement triggered an onslaught of memories and unrelated incidents where maybe I had only been acting out a part and hiding my real personality. Maybe I had wanted more ice cream and because of the fear of my elder brother, I took a cup and left it at that and gained brownie points in his eyes. I had been negotiating with myself since forever.

I stood there dumb wallowing in self isolation in my tiny cemented house theater. What was I supposed to do now? Where were my cues?

No of course not. The ability to write ,act or direct the script of my life lay with me. Why should I troop through the journey of my life carrying an overloaded rucksack of expectations that were never mine. I was a chooser. Why should I suddenly become a beggar?

I hummed a song softly and asked my father. ‘Did they hear me?’

Papa answered with a Doesn’t seem like it. I shouted the lyrics of the song as loudly as I could. The concrete houses with their invisible ears and eyes could hear me now. Or as my father put it – You made them hear you. My voice will always be heard whether it be the sharpened hearing senses of my cemented colony or the extended and rusty ears of our multi- faceted society.

The song that I sang – Lady Gaga’s ‘Born this Way’

The home theater will now and forever remain empty. The show is over. 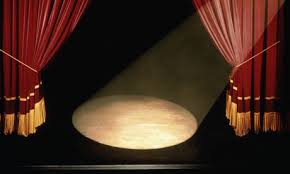 The show is over