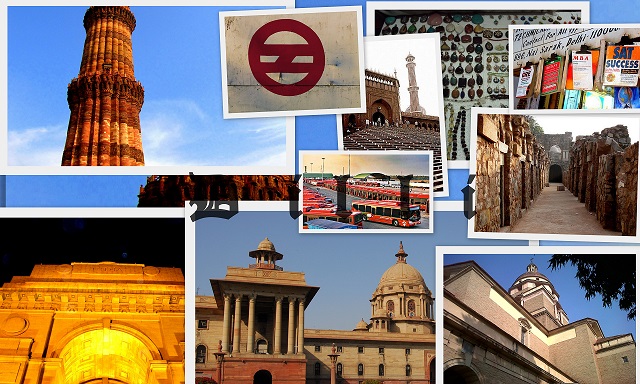 So, this competition named Dilliphilia came up which was asking for a creative write up on Delhi and everyone in my class started thinking of how and what to write. This soon led to the debate whether Delhi should be portrayed as a man or a woman. The ‘Man’ group said that our country is the Bharat Mata and all the states are her sons. On the other hand the ‘Woman’ group had much to say- first being from a feminist approach, i.e., why everything should be seen as male (some also influenced by the recent assaults on women in the country). Some had to say that they were born in Delhi or have lived here for so many years, thus looking at it as a nurturer. Surprisingly, when asked, I had nothing to speak (me, who is so much loquacious!). I was confused which party to align with. And eventually I got the title of a fence-sitter.

Ancient philosophies like Buddhism had said that the body is energetically divided into two parts- the right and the left, male and female dominated sides and that one needs to be in constant balance to be able to achieve the best of our world, mental physical and emotional. Both sides, male and female have to attain a harmonious whole. So why not a state? Why it has to be strictly male or female. Can’t it be an amalgam of both?

Dilli-dil walon ki! Har dil mein bastee hai (It resides in each and every heart.) Indeed, majority of people see it as a woman. It is beautiful like a woman (or say, handsome like a man). The old monuments like Humayun’s Tomb, Qutab Minar, Lal Quila adorn it. It seems to be quite secular in its religious views as it has Jama Masjid, Akshardham temple, The Cathedral Church of Redemption, Bangla Sahib, and Lotus Temple (Bahai Mandir) too. It is not very young, but a middle aged person as it has an older and a newer portion- Old Delhi and New Delhi. (Buses will take you to the two different railway stations of the two portions- Na.di.re and Pu.di.re). On the one hand there are places like Chandni Chawk, Paharganj, Nai Sarak always active with its hustle-bustle and also having the lazy, aristocrate-like people enjoying their lives sipping their favourite hukkaas. On the contrary are places like South Ex., Haus Khas and Secretariat area having people running against time and maintaining planners for every day. The lifelines- DTC buses (AC, Non-AC, Green, Red, and Orange) and ever expanding Metro- these two run throughout the whole body of Delhi like its blood. Like a modern day person, it is trapped between the traditional values and the desire of entirely entering the modern realm.  Where it loves to listen the rap of Yo Yo Honey Singh and Hard Kaur, it also attends the various Urdu and Hindustani music festivals; goes to pubs and discothèques and the very next day you find them at the temple praying for variously different reasons (good results, promotion in job, successfully attaining a girlfriend/boyfriend).

Coming back to the binaries, it has places like Lapath Nagar, Malviya Nagar and Rajiv Chowk (places named after some great ‘men’). But, it also has Sarojini Nagar, Laxmi Bai Nagar and Lado Sarai (named after great ‘women’). Where it has plethora of markets attending to every girl’s needs, it also has gaming stations, and holds cricket and football matches which attract boys more. (No, I am not going to give more such examples and make this a battle-of-sexes’-article).

So Delhi, essentially, is about a lot of contradictions-kind of a ‘flickering pool’. People of many cultures, religions and beliefs live here. They say that “Dilli ka apna koi nahin hai” (No one is originally of Delhi). But yet everyone is very much of this state. Delhi indeed is the microcosm of India.