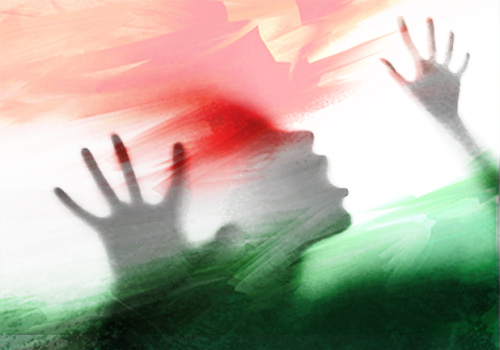 Humanity saw height of new low in Delhi where a 23 years old physiotherapist was subjected to wanton cruelty of six people including the driver in a moving bus. Inhuman attempt to outrage the modesty 49% of the Indian population made the heads turn around throughout the world. Souring temperature in ‘Dilli ki sardi’ rose temperature in every Indian from head to toe. The girl raped, molested and posed to every possible inhuman treatment was lying on the streets of Delhi with her naked and injured boyfriend for hours. And then we saw an uprising amongst the countrymen primarily youths. Street protest to candle lights to night vigils, whole Delhi thronged to Raisaina Hills to mark their anger against passive Govern’mental’ organisations. A revolt against suppression. A movement for equality. A collected voice for lost independence. A protest which made New Delhi to deploy special forces to avoid any mishap with the ongoing BRICS summit. Uprising being one of its own kind without any leader or a leading organisation wanted CHANGE. Change in law, change in approach and more importantly change in mindset. New Delhi was forced to set up a commission to suggest measures to amend existing law under the Chairmanship of ex CJI Late Verma. Parliament adopted the suggestions made by the commission and amended the Criminal law provisions but with a watered down form of original suggestions with a hope that this will keep a check on crime against humanity and replace the lost glory of women.

Almost 1.5 years down the line we are on the same page. Two Dalit cousin girls went missing on Tuesday in Badaun District of UP. They were raped and were found hanging on Wednesday morning. Earlier this year a girl in West Bengal was gang raped allegedly on the orders of village elders who objected to her relationship with a man. According to National Crime Record Bureau statistics UP stood third in crime against women in 2012. Surprisingly West Bengal topped the chart where we witness women dominated society.

Will we hold candle light vigils & street protests for Badaun. Will we speak, shout, and rant. Will we? No, we won’t because they are not one of us. It happened out there. How does it affect us, we are completely safe. It happened in BHARAT and we live in INDIA. At most we will witness few Facebook updates followed by few tweets and if it falls in line with TRP then we might see Arnab shouting on his News hour with few intellects again from the same political class.

Samajwadi Party chief Mulayam Singh Yadav in a rally in election 2014 criticised the new anti-rape law and offered to change the existing law that entails death for rape if their government came to power. Addressing a rally in Moradabad, Mulayam said, “rape accused should not be hanged. Men make mistakes. When their (boys & girls) friendship ends, the girl complains she has been raped,” said stressing on need to change the rape law. When we are bestowed with leaders with such a high intellect then certainly “Acche din aane wale hain.” How can we expect any form of determination to eradicate these social evils when we have such a chauvinist political class? Being the smallest unit in social institution, no family has succeeded without the aid and support of women let alone a country. Celebrating International Women’s Day, Creating separate funds for victims, awarding victim cum survivors in various functions, a special broadcast on Satyamev Jayate all these won’t hold grip if we do not aim at changing the mindset of the masses. We need a complete overhaul in Indian parenting system which aims at promoting male child and education system which best suits the Western world than our own needs.

If none of these measures proves helpful then we might be forced to go Laurel Thatcher Ulrich way -“Well-behaved women seldom make history.”