Crimea occupies a peculiar place of importance in European history. Nineteenth century Crimean war was, in general sense, the watershed of European history. With the referendum result of 16th March 2014 in Crimea, where whooping majority of 97% favored to join Russia, has sparked new debate in international spectrum with regard to viability of referendum route to resolve international territorial disputes. In last November, Ukrainian President Viktor Yanukovych’s decision sparked huge street protests when he called to pull out of an association deal with the EU that eventually led to his downfall. 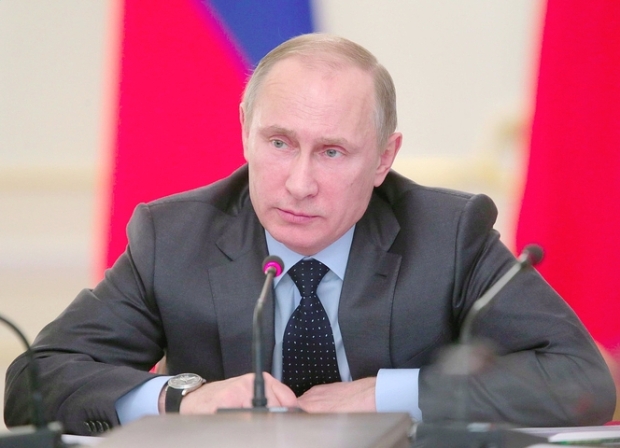 With the speed by which Moscow formalized the the annexation of Crimea, a Russian majority Ukrainian city, was as predictable as half hearted response from West and it’s failure in damage control in Syrian crisis. Russian President said in his speech, when Soviet Union broke in 1991, Moscow was too weak to resist the conversion of Russian majority population in Crimea to minority in Ukraine. As the interests of Russian people jeopardized in Crimea, Putin left no stone unturned to gain control of the province and organised a referendum ‘theater’ for the world that saw people vote to join Moscow. One may be forced to believe by the TV and Newspaper headlines that we are in the midst of ‘the new cold war’. It might be soothing for various dignitaries sitting across the Atlantic as the real cold war was the only last war that America and West ‘won’.

Barring all the rhetoric, America and Europe has no stomach to impose sanctions that would really dent the Russian economy. In addition America needs Russian cooperation in various international issues ranging from Syrian crisis to energy policies. Western Europe is intrinsically knitted by the economic ties with Moscow through energy supplies only. In 2005 and 2009 EU was surprised by the Moscow when it cut off the energy supply over cost and supply dispute. Also the two week stand off between them left millions of Europeans without any power supply in the midst of bone chilling winter season. Russian supply of natural gas to EU comprises one third of total requirement which is mainly shipped through pipelines which pass through Ukraine only. Norway and Qatar supplies 30% and 10% LNG respectively to EU. Even if Obama administration flags off the LNG production in America, it won’t be able to dispatch its first shipment before 2015. During cold war, Moscow and West had very few economic ties but now they depend heavily over each other for various resources. All the economic sanctions imposed over Moscow are two sided swords which would boomerang the effects over Washington and West. Therefore, the coinage of the term ‘new cold war’ is vastly overstated. There is no doubt that recent developments in Eurasia has led to addition of new chapter in the relations between Russian and West. Putin did not shut all the possible doors of dialogue by promising not to claim additional territories of Ukraine. Washington and other major countries have shown their inclination towards not using any military power to restrict Moscow which is understood given the possible effect at a time of great economic fragility on the Continent.

Russia has a strong trust base with Syrian regime and it supplies Syria with considerable amount of military aid. “The United States and Russia are committed to the elimination of Syrian chemical weapons in the soonest and safest manner,” Kerry said at the time. Last week Chemical weapon destruction process reached its half way mark but some observers fear that plan to eliminate Syrian chemical arsenal might get affected after recent new chill in the relation between Washington and Moscow.
Recent annexation of Crimea could have far ranging effects in Asia. The loggerhead situation over territorial jurisdiction in South China Sea between Japan, The Philippines and Vietnam on one hand and the rising China on other might witness new turns with the inability of international system backed by America and West in resisting the big powers from snatching territories under the control of another. Washington’s failure to bring Assad regime to books of justice in case of gross human rights violation and recent Crimean scenario has forced many Asian countries including India to ponder over the relevance of strong national defence capabilities in holding on to territories claimed by big powers.

Russia immediately sensing the heat of the moment went into damage control mode to counter moves by the Washington and Europe to isolate it economically and diplomatically from rest of the world. Putin’s most trusted lieutenant Igor Sechin, head of biggest Russian oil company Rosneft, would be arriving in New Delhi on 24th March for talks with External Affairs Minister Salman Khurshid and Petroleum Minister Virappa Moily. This might be a possible step by Moscow to wean New Delhi away from Washington on energy requirements-just as he did in Tokyo on 22nd March, seeking a broader connect with Japan.

It is no time for rhetoric and hypocrisy. The most viable move for Ukraine would be to understand that now it is on its own and West is circumscribed and its powers are limited. Out of the mud of the Crimea of nineteenth century, a new Italy was made and less obviously, a new Germany. Coming years would decide if world would witness reorganization of former Soviet Union from the mud of new Crimean crisis.